In the beginning, there was no documentation. These days, infrastructure software has terrible documentation. Take heed of these commandments, for, among hackers, judgment day is every day.

There is a distributed systems revolution underway. Cloud computing and mobile systems are now ubiquitous, and web services are exploding (BTW, I firmly believe that we have barely scratched the surface. There are so many more exciting services to build that we will see decades of growth and excitement in computer science). This trend has not only turned almost every regular developer into a distributed systems developer, but also pointed out just how little infrastructure we currently have for building distributed systems. As a result, the last decade of systems research as well as industry development has been marked by a worldwide effort to come up with frameworks, components, and other underlying systems infrastructure. Such systems infrastructure software includes web frameworks, NoSQL systems, databases, recommendation engines, lock managers, replication packages, analytics engines, machine learning packages, and so forth. All of this infrastructure needs to be documented in order to be useful. This post is about how to document such systems software.

This is not a post about how (not) to write internal documentation, e.g. of the form:

Internal documentation, whether it is in comments embedded in code or in white papers, is for your own consumption. Make it as terse or as verbose as you like; it's your own business. I do have strong opinions on how it needs to be written for my own projects, but they're beyond scope here. This manifesto is about user manuals and web pages that are released along with systems software, that is, companion text to code intended for public consumption. Having read a lot of such text in the NoSQL and database space, I want to call for better practices across the industry.

Why is Documenting Systems Software Different?

Documenting systems software is qualitatively different from documenting other kinds of consumer software because the users have a different kind of relationship with the software. With consumer software, the target is the end-user who will carry out a task, and the documentation has to center around questions of the form "how do I use this software to do something?" We've all wondered about how to use Photoshop for red-eye reduction (answer: there are more than a dozen ways, but they either produce terrible results or require you to figure out alpha channels and color theory), how to use Office to generate form letters (answer: I hate to admit that I once had to do this and carried it out with Clippy's help but cannot any longer), or how to use GIMP for, well, anything (answer: it's just like Photoshop and insanely more difficult). The central point here is that consumer documentation needs to be mechanistic and illustrative, because the target audience is task oriented.

In contrast, the target of documentation for systems infrastructure is another developer. Systems documentation is there to help facilitate the development of other software. To do that effectively, there needs to be a contract between the developer, who is using the system, and the system, which is providing the functionality that the developer needs. The documentation serves as that contract. It needs to be clear, declarative and comprehensive. This article will make the case that writing such a contract should be treated as writing a software specification.

Breaking with the Orthodoxy 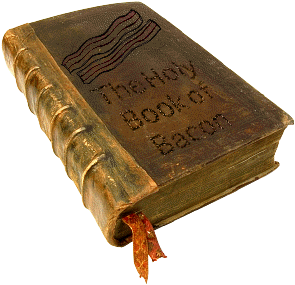 What I've enunciated so far is, from an academic standpoint, a very orthodox approach. Since the '60s, academics have argued for formal specifications for software. Such specs would be fantastic: they would take out any and all ambiguity of English; enable one to check the implementation against its spec, eliminating all bugs save for the ones in specs themselves; facilitate reasoning about the composition of different modules; among others.

But it turns out that writing formal specifications for software is such a difficult religion to follow that few academics follow the orthodox teachings themselves. Instead, all but a few dedicated academics appear at the high altar of formal specification only for occasional talks and specially crafted (and, invariably, very short) examples. Most academic software is documented in exactly the same manner that most industry software is documented: ad hoc English text.

I, too, will deliberately break with the orthodox view: I will not issue an idealistic but non-realizable call for formal specifications. The orthodox religion is too difficult to follow for all but the most dedicated. And sadly, there is little in between the orthodox approach and a life of hedonistic, heathen practices where pretty much anything goes as far as documentation.

In this manifesto, I want to enunciate some principles for structuring that ad hoc English text so it can help facilitate more robust systems. I realize the religious nature of this discussion, so I'll try to remain true to form and plagiarize heavily from previous books that successfully documented the human-heavens API in the past.

Because every breakaway movement needs a clear identifying name, we shall call our splinter movement Principled Documentation. Chances are, if you're reading this, you already are a disciple; there are many who practice it without realizing it. If you don't, I hope you'll convert and zealously preach that others do the same. The goal of this post is to enunciate our principles clearly so others can follow them. For no splinter religion would be worth its salt if it did not try to convert everyone else on earth.

If you think you and you alone (or people like you) own certain words, phrases, references, or sentence structure because of your belief system, here's a fair warning: while I am sure that there is absolutely nothing here that is blasphemous, objectionable to a hacker, or offensive to a thinking individual, you should probably read something else.

The central commandments of the Principled Documentation movement are as follows:

Say what you will, he knows his audience.

We are our brogrammer's keepers. Let's hold them, gently but firmly, to higher standards for systems documentation and guide them through the valley of the shadow of marketing-speak to make the world a better place. It's either that, or jihad.