Decentralization in Bitcoin and Ethereum 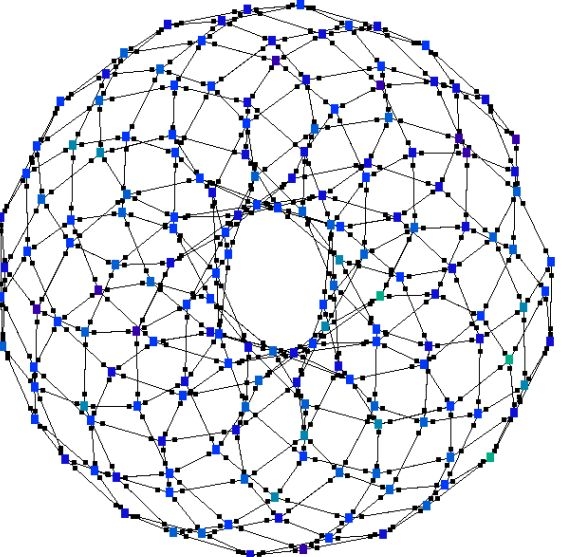 We have been conducting a longitudinal study of the state of cryptocurrency networks, including Bitcoin and Ethereum. We have just made public our results from our study spanning 2015 to 2017, in a peer-reviewed paper about to be presented at the upcoming Financial Cryptography and Data Security conference in February [1].

Here are some highlights from our findings.

Some people argue that increasing the maximum block size would also prohibitively increase CPU and disk requirements. Yet these costs were trivial in the first place, especially compared to today's transaction fees, and have come down drastically. For instance, a 1TB disk cost $85 on average in 2016 and $70 in 2017 [2].

To date, we have seen no sound, quantitative arguments for any specific value of the maximum block size in Bitcoin. Arguments on this topic have consisted of vague, technical-sounding-yet-technically-unjustified argumentation, bereft of scientific justification. The dissonance between the technical-soundiness of the arguments and the actual technical facts on the ground is disconcerting for a technological endeavor [3].

Ethereum is Better Distributed Than Bitcoin

Compared to Ethereum, Bitcoin nodes tend to be more clustered together, both in terms of network latency as well as geographically. Put another way, there are more Ethereum nodes, and they are better spread out around the world. That indicates that the full node distribution for Ethereum is much more decentralized.

Part of the reason for this is that a much higher percentage of Bitcoin nodes reside in datacenters. Specifically, only 28% of Ethereum nodes can be positively identified to be in datacenters, while the same number for Bitcoin is 56%.

Nodes that reside in datacenters may indicate an increased level of corporatization. They may also be a symptom of nodes deployed to skew node counts for various different implementations (a.k.a. part of Sybil attacks to influence public opinion), a hypothesis that was floated extensively during the course of our study.

In contrast, Ethereum nodes tend to be located on a wider variety of autonomous systems.

Neither Are All That Decentralized

Both Bitcoin and Ethereum mining are very centralized, with the top four miners in Bitcoin and the top three miners in Ethereum controlling more than 50% of the hash rate.

The entire blockchain for both systems is determined by fewer than 20 mining entities [4]. While traditional Byzantine quorum systems operate in a different model than Bitcoin and Ethereum, a Byzantine quorum system with 20 nodes would be more decentralized than Bitcoin or Ethereum with significantly fewer resource costs. Of course, the design of a quorum protocol that provides open participation, while fairly selecting 20 nodes to sequence transactions, is non-trivial.

Thus, we see that more research is needed in this area to develop permissionless consensus protocols that are also energy efficient.

Ethereum Wastes Mining Effort That Can Be Put To Better Use

Ethereum has a much higher uncle rate than Bitcoin's pruned block rate. This is by design, as Ethereum operates its network closer to its physical limits and achieves higher throughput. As a result, however, less of Ethereum's hash power goes towards sequencing transactions than Bitcoin's. Put another way, some hash power is wasted on uncles, which do not help carry out directly useful sequencing work on the chain.

This indicates that Ethereum would greatly benefit from a relay network, such as Falcon or FIBRE for Bitcoin. Relay networks ferry blocks quickly among miners and full nodes, and help reduce wasted effort by reducing uncle and orphan rates.

Fairness is an important metric: it determines whether a small miner is at a greater disadvantage compared to a larger miner. If a system is perfectly fair, there would be fewer reasons for miners to pool their resources into larger, cooperating pools that operate in unison.

The level of fairness in both systems is, roughly speaking, comparable. But there is a big difference in variance of fairness, with Bitcoin exhibiting high variance. That is to say, mining rewards are more unpredictable for smaller miners in Bitcoin. This is partly because the high block rate in Ethereum helps provide many more opportunities for the laws of large numbers to apply in Ethereum, while Bitcoin, with its infrequent blocks, can exhibit much more uncertainty from month to month.

The full details, of how we measured the data and what we found in more precise terms, are in our paper.

Soumya Basu is a graduate student at Cornell University. His research interests span the systems aspects of blockchains and cryptocurrencies. more...

Robbert van Renesse is a Research Professor in the Department of Computer Science at Cornell University. more...