No Such Thing as Developing a Fee Market 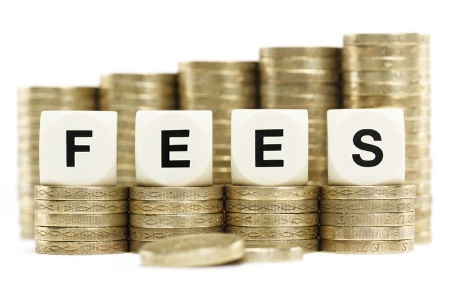 Some people, specifically, those who are arguing to raise Bitcoin fees, have been using "developing the fee market" as a euphemism for artificially creating higher fees by restricting the supply of transaction slots (aka the maximum block size).

Let me remind everyone that we already have an existing and very effective "fee market." One does not "develop the fee market" by enacting measures that raise fees. The word "market" cannot be used as a stand-in for wanting higher prices.

To Raise or Not to Raise The Fees

Because of Bitcoin's design, where a block is issued every 10 minutes with at most 1MB of transactions in it, transaction slots can become a valuable commodity. Fees control access to these slots [1].

There are lots of good reasons to want to keep block size on the smaller side, and thus to keep the fees artificially high.

The main reason is that most transactions on the network seem to be for activities that do not correspond to meaningful economic activities in the real world. People who push this argument typically make the case that these low-value transactions are for gambling, and that these gambling operations should just use a different mechanism other than the blockchain for their operations. In other cases, these payouts seem to be getting issued to Bitcoin miners, who are, in some sense, gamblers looking to make money by solving a cryptopuzzle, but in any case, these transactions do not corresponding to useful economic activity in the real world. Higher fees would force these people to seek alternative forms of payment, and free up the blockchain.

A second reason is the concern over the cost of owning a node. The people who raise this argument rarely ever actually cite numbers, because the actual costs are somewhere between infinitesimally small and very small, but nevertheless, the argument goes as follows. If the maximum block size goes up by a factor of 10, storage and bandwidth costs can go up by a factor of 10, especially if some bad actors issue large amounts of spam transactions. Now, we do know of measures for detecting and stemming such spam attacks, such as performing flow analyses to see if they are coming from the same sources. But nevertheless, an increase in costs could yield a drop in the number of nodes that make up the Bitcoin network. Whether such a drop will actually happen, and whether we really need 6500+ nodes in the network, are all up for debate. But nevertheless, there is a valid cost concern, and there remains a quantitative argument to be made, though I have never seen anyone enunciate it properly.

A third reason is that larger blocks may raise minimum cost to operate a node and cause some nodes to fall off of the network. The people who make this argument point to an outlier case, such as Luke-Jr's hash power behind a very slow network in Florida (for which we have only his word), and worry that we will lose nodes like his if we increase the size -- the minimum required resources will just not be available. This argument is perfectly valid, and making it properly involves specifying and committing to a "minimum viable platform." It also requires characterizing the resources available to the current set of full nodes. Without an MVP-specification and node characterization, there is nothing to stop us from torquing the protocol to support wristwatches on the Sahara.

What is not a good argument is that "we don't have experience with what will happen when the fee market develops, and it will have to develop eventually, so let's hasten the day." I do not have experience with my old age. I do not go around artificially inducing osteoporosis [2] to get ready for my old days -- instead, I make the best of my working days when I'm blessed to have a working skeleton.

In the name of Logic and English

Please stop with this practice of using the "developing the fee market" euphemism. It is disingenuous and reflects badly on those who engage in it.

The debate will be much clearer if you can explicitly name the outcome you want, and then build a logical argument for that outcome. Everything else is just rhetoric.