NSA Transparency Isn't What It's Cracked Up To Be

Every passing day reveals further revelations about the extent of NSA's extreme eavesdropping on Americans. There is hardly any aspect of our online lives that the NSA seems to view as sacrosanct as it trawls the network for information on our activities. This attitude is best demonstrated by the NSA chief, who seems to think that Big Data equates to Big Carte Blanche, as if Moore's Law somehow gave him authority to override constitutional guarantees just because it made it possible to do so.

But what I want to focus on is the computer industry's reaction to this ongoing train wreck. Specifically, I want to point out just how tepid and wrong-headed the industrial reaction has been so far. 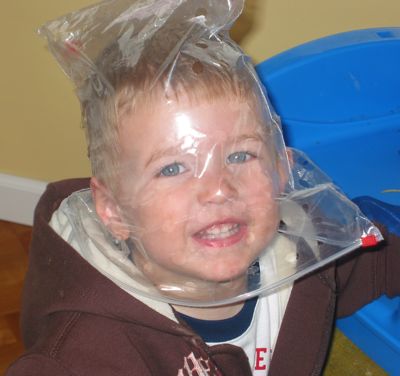 It's good for him because it's transparent.

For the industrial reaction consists mostly of a call for transparency. What Facebook, Yahoo and Google seem to want to do is to be "more transparent" about the extent of their overt cooperation with the NSA. They seem to believe that by revealing the number of official NSA requests for information they have received, the public will go "oh, looks like there were only 8,000 FISA-related information requests this quarter. Awesome, the chances that I am one of those are pretty low!"

I guess the thinking here is that the public just loves the word "transparency." And it's true, Joe Average Sixpack seems to have an infatuation with transparency these days. He thinks there is nothing on earth that would not improve with an extra added dose of transparency. It's like these people get their political philosophy from the pages of Victoria's Secret catalogue, where the only virtue is to be more revealing.

Interestingly, universities are the most transparently-run organizations we have, and ask anyone who has worked at one: just because a process is transparent does not mean it is right or good. We've all watched monkeys through the transparent glass of a zoo enclosure; it didn't make the monkeys any more sentient or better behaved.

Designing laws, or political systems, is a lot like designing distributed systems: the forces (a.k.a. checks and balances) have to line up so that there is no single unopposed force taking the system towards a messy state, one possibly involving a right arm in the air, combovers, a cute little moustache, and guys carrying big torches on a crystal night. Transparency is not a necessary or sufficient ingredient for a balanced, reasonable outcome; what is necessary is a force that can push back on the intelligence apparatus, one that can say "no, you may not collect this data, the reasoning you have for collecting it is specious." 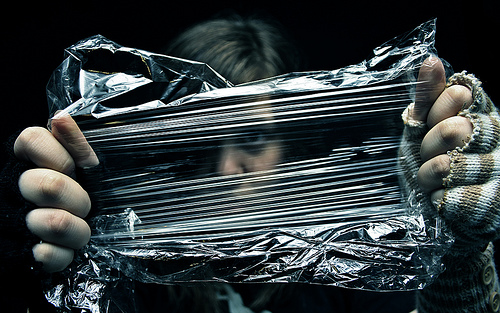 She may seem like a creepy stalker, but no worries, the wrap is fully transparent!

In fact, transparency can be a detractor that serves to hide fundamental flaws. We know that the NSA has the ability to capture and eavesdrop on encrypted communications. We know that they have acquired, either by breaking in or by carefully placed operatives, encryption keys from major service providers. We know that the telcos are deeply in bed with the NSA's data collection efforts. At this point, the number of FISA-related information requests are just a cover story, a sideshow compared to the large scale eavesdropping taking place in the network.

So, enough of this transparency charade. Facebook, Google and Yahoo need to abandon this dumb attempt to appease and mislead the masses, and actually work on making our infrastructure safe against NSA-style eavesdropping.