Will Cryptocurrencies Be Centrally Controlled? What Would Hamilton Do?

IC3 Opines for the SEC, IIF, and Federal Reserve

Many have noted the irony that monetary solutions based on decentralization, and a history of serving the "dark web" (that seeks to bypass the centralized controls and regulations implemented for state currencies) may someday become adopted and even dominated by global banking and financial services.

Interest among central banks is quite high in cryptocurrencies, and more generally in the underlying distributed ledger technology, for a broad range of financial services. Central banks around the world -- including Australia, Canada, China, England, Russia, Singapore, Sweden, and the US -- are engaged in some level of exploratory activity in blockchains, from working groups and studies to proofs of concept.

Prof. Ari Juels, IC3 co-Director noted that "many successful peer-to-peer technologies have historically been eclipsed or supplanted by centralized or commercial systems (e.g., in the online music industry)."

IC3 staff and members have been sought after for their expertise by central banks and regulators to elucidate the limits and possibilities of cryptocurrencies and smart contracts technology for a wide variety of use cases. Here are some notable highlights from recent events: 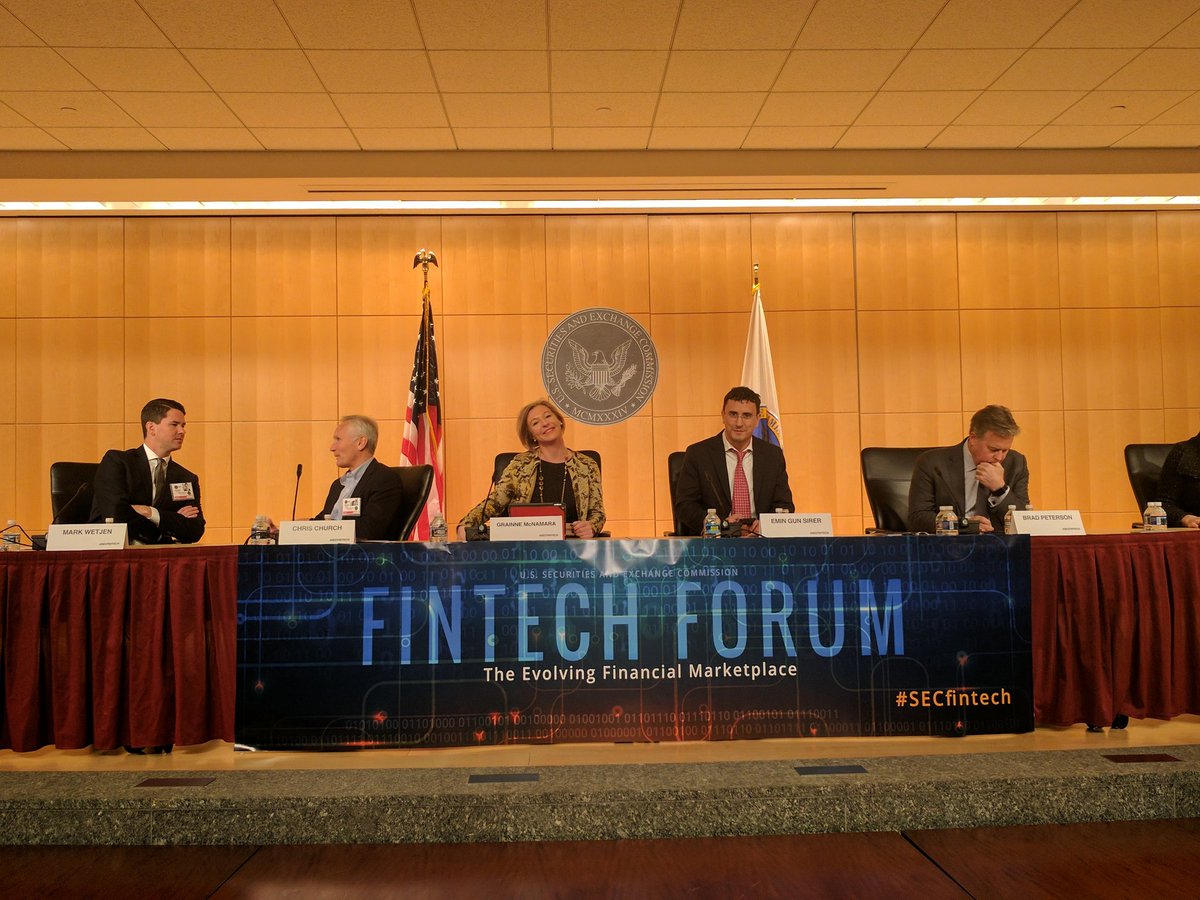 The Long Strange Trip from Hamilton's Bank to Today

Alexander Hamilton led a hard fought political battle against Thomas Jefferson, James Madison and others to establish the first central bank of the US, signed into law by George Washington in 1791. Hamilton modeled the bank after the Bank of England, and pushed the thesis that without a central bank, the growth and stability of the young US economy would be hindered. The First Bank of the US was an unquestionable economic success, but lasted only 20 years, failing to win sufficient political support to renew its charter in 1811. The notion of a US central bank remained a political football until the early 1900's. The "Bank War" of the 1830's is a fascinating account of high drama politics and soaring oratory (sadly missing in today's government) that ended in the demise of the Second Bank of the US.

The US financial industry operated through the 1800's with and without a central bank, with often more than a thousand competing state banks in operation, many offering unique bank notes that served as paper currencies of non-uniform value for the country. State and federal regulation of these banks were likewise often non-uniform. The Federal Reserve was established in 1913, precipitated by the "Bank Panic" of 1907, when J. P. Morgan coordinated an effort of several wealthy individuals and the U.S. Treasury to perform the role of a central bank, lending ten's of $M in a historic bailout of financial institutions.

As the concepts of investment vehicles, banking, and money in the U.S. have evolved, from notes backed by gold and silver to the fiat of today, so has the technology of financial services. The biggest changes came in the 1970's as computerized book-entry securities systems were adopted to streamline custody, clearing, and settlement in the equities markets. However, while a transaction today is initiated by a mouse click, multiple intermediaries are often involved in the back office processes, with manual, paper-based steps required to clear, settle and close certain transactions over a period of days.

Blockchain promises to disintermediate and compress these back end processes in time with higher accuracy, automation and visibility; freeing up capital and reducing costs. The World Economic Forum (WEF) published a year-long study in August 2016, "The Future of Financial Infrastructure: an Ambitious Look at How Blockchain Can Reshape Financial Services"

The report examines several use cases and how blockchain and smart contracts may be brought to bear; one such use case is depicted in the figures below from the 2016 WEF report (on pages 122-123).

While Hamilton faced strong broad-based opposition to his vision, we see a broad groundswell of support, albeit cautious and measured in some circles, for blockchain deployment, with most seeing ubiquitous usage as a matter of time. "Rather than stay at the margins of the finance industry, blockchain will become the beating heart of it," said Giancarlo Bruno, of the WEF in a statement released with the August 2016 report.

While we see a growing consensus for uses of blockchain in various aspects of financial services, such as the aforementioned clearing and settlement of financial instruments, the case for central bank issued crytptocurrency is far from agreed.

Jim Ballingall is the Executive Director of the Initiative for Cryptocurrencies and Smart Contracts. more...