BTC Guild, one of the bigger mining pools, released a series of 4 blocks in quick succession today. Bitcoin difficulty is adjusted to achieve a block to be mined roughly every 10 minutes, whereas the blocks in this chain were released within a few minutes of each other. Since this is a relatively rare event, it triggered a discussion on what could account for this.

Is It Due to Selfish Mining?

Some people prudently asked whether this could be a sign of selfish mining. Let's do a quick check through the evidence. 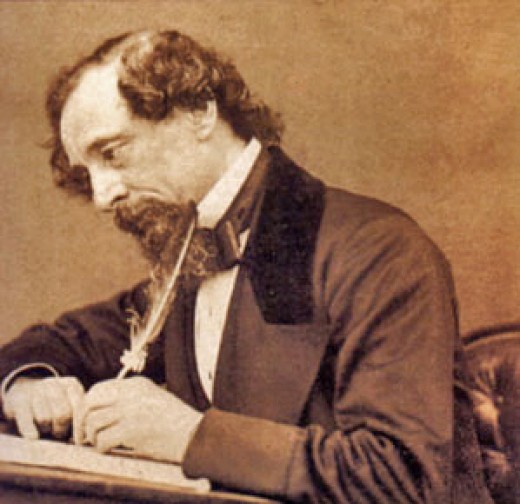 A Tale of Two Chains, involving orphans, right out of a Dickens novel.

Two quick asides: (1) "abandoned blocks" are sometimes referred to as "orphans." We don't like the latter term because, unlike a real orphan, a Bitcoin orphan actually has a well-defined parent, so the term is a misnomer. Misnomers indicate muddled thinking, and Satoshi himself does not use the term, so we'll stick to the more apt term "abandoned." (2) Neither of the signs above are sufficient to accuse a pool of selfish mining, as these events may occur naturally by chance. This is partly why identifying selfish miners is difficult.

While the quick succession of blocks is clearly present in this case, there is no evidence of an abandoned chain in blockchain.info.

Can We Really Tell?

But blockchain.info is not the definitive source of abandoned blocks. Bitcoin's decentralized architecture makes the detection of abandoned blocks difficult. A (to-be-abandoned in a hypothetical scenario) block may indeed arise somewhere in the network, trigger a selfish miner to double-down with his pre-mined and privately-held blocks, and then simply get discarded by intermediaries who adopt the longer chain offered by the selfish miner. So it's possible for a blockchain reporting website to miss bona-fide abandoned blocks, especially if the website is connected to the Bitcoin network via a small number of peers.

And this is part of the other reason why it is difficult to tell when a selfish mining attack is being launched.

Getting back to BTC Guild, the chances of a public solving blocks, triggering the release of 4 selfishly mined blocks in a row, all of which lead to abandoned blocks that are not recorded anywere are actually very small. There would have to be at least 3 independently computed and later abandoned blocks, all of which must have lost out to the selfish miner. Unless this selfish miner is particularly adept at gaming the network and winning the races in such a definitive way to leave no trace of three separate abandoned blocks injected into the network from (likely) different locations, we'd expect to find some evidence when a relatively long series of blocks are involved.

Other Signs of Innocence

Not to mention, it would not make sense for a respected and public pool such as BTC Guild to engage in selfish mining under its own name. A smart selfish miner would use fresh Bitcoin addresses and hop between IP addresses to hide her tracks.

At the moment, it does not look like this episode is due to selfish mining.

It could plausibly be due to a chance event: BTC Guild may have gotten lucky a few times in a row in quick succession. As the masses were transfixed to their TVs and tablets for the results of their national fiat lotteries on Jan 1st, BTC Guild may have outdone most of them with an $83,000 jackpot.

It could also be due to a significant amount of mining power going online, joining BTC Guild, and being taken off shortly thereafter.

Or it could be a combination of the two.

In any case, we see no evidence that points to selfish mining in this instance. But this event calls for diligent monitoring of the blockchain dynamics from multiple vantage points.

We originally described the Selfish Mining attack on Bitcoin, where an attacker can game Bitcoin and mine more than his fair share of coins.

Some members of the Bitcoin community, in a frenzy to the moon, did not want to acknowledge that the Bitcoin protocol could be game-able and funded the development of an independent simulator whose subtext was to show the error of our ways. Interestingly, that simulator confirmed our findings.

Followup post on the novelty of the selfish mining attack

Followup post on response to feedback on selfish mining