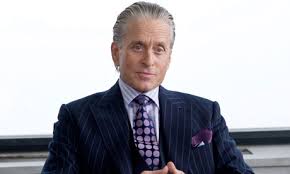 The reaction to the selfish mining attack we revealed yesterday has been phenomenal. We've been in contact with the maintainers of the reference Bitcoin implementation; they seem to understand the attack and its implications. But then, for every few such experts, there are dozens of self-styled "experts" who seem to be making all kinds of claims.

Everyone Is In It For The Long Term?

Vitalik Buterin, technical editor of Bitcoin Magazine, was quoted as saying this:

"No honest (or semi-honest) miner would want to join a selfish pool," he suggested. "Even if they do have a small incentive to [join], they have an even greater incentive to not break the Bitcoin network to preserve the value of their own Bitcoins and mining hardware."

This is patently false. Take your regular, run-of-the-mill counterfeiter. Every time he manufactures a banknote, he undermines the very currency he is illegally replicating. Yet that doesn't stop counterfeiters from creating bogus banknotes. Buterin's logic would have us believe that no one would ever be motivated to counterfeit, yet we have people printing fake money, even at the risk of incredibly long prison sentences. And if the cops totally stopped enforcing the law, kind of the way Bitcoin provides no pushback against selfish miners, how many people would turn their color printers into home-made mints? No one can know the exact number, but it's guaranteed to be higher than 0, because it already is, even under heavy law enforcement.

There are lots of people out there who spent a lot of money on their mining rigs. They can very well engage in selfish-mining in order to make money in the short term, at the risk of long-term stability of the currency.

No One Will Misbehave?

Buterin said the attack was "highly theoretical" because no software currently existed that could turn an honest mining group into a selfish one.

How does he know? Does he have access to everyone's code repositories?

Overall, the Bitcoin community is not served well by these transparent attempts to pretend that all is well. All is not well. The sooner the miners acknowledge this and take steps to mitigate the risks, the stronger the community will become.

And perhaps it's not quite clear, but our goal is to make the currency better, to characterize it more accurately, and to protect it from future attacks.

The Bitcoin community is actually quite impressive: last spring, the entire decentralized community quickly dealt with a hard fork in the global ledger that records all transactions, and patched the software to reconcile the books kept differently by different versions of the software. This is not a time to bury one's head in the sand and claim that "no one would do that" where "that" is "take steps to make more money." The community deserves a more robust currency.