Stop Your Whining About Google Reader

I gather that Google is planning to cancel Google Reader. I also gather that this is, "literally," the end of the Internet for some people.

There have been far too many HN articles on how evil Google is for canceling a free service, how this product cancellation is a sign of the end times, how Google should never have given anything to anyone if they were going to cancel it later. There are blog posts that explicitly say, and I quote, "we've entered a darker timeline in the history of the net". There was even a White House petition, which Obama's people thankfully deleted before it got too embarrassing.

Since the "H" in "HN" stands for Hacker, and since a sizable fraction of the people who are up in arms about Google Reader have Twitter profiles that say hacker (and we all know, even before reading their blog posts, that every single one of these people do indeed have Twitter profiles, and they are entrepreneurs also, and they're thinking about their next pivot, and they certainly have an opinion on NodeJS versus Clojure even though they've never written code on either platform, and yeah, they're attached to their Twitter feed but dontcha-know-it's-just-not-the-same-thing as Google Reader and now give me what is rightfully mine dammit, I used your service and you owe me in perpetuity!), let me remind people what the H-word used to stand for.

A hacker would not whine about missing code. Hackers see missing code as an opportunity to build. /EOT

It's not like Google Reader was a particularly inspired service that's difficult to replicate. It's certainly a nice service, especially because it kept track of what you had seen across multiple platforms, but it'd be a reach to claim that there is any technical impediment for why someone else could not make an exact clone, minus the trademarked logos. As far as I can tell, Reader takes advantage of none of the proprietary machine learning techniques that are internal to Google. And it takes little advantage of Google's scale besides amortizing update detection across multiple users. Anyone with a web framework and a NoSQL data store has the exact same technology that powered Reader.

The area is probably not encumbered by Google's patents, and even if it were, Google is not going to initiate patent wars on small players in a niche they have willfully abandoned.

So, the only thing in between a hacker who misses Reader and a working Reader implementation past-June is... nothing. Nothing, that is, besides these so-called-hackers' decision to write blog posts instead of code.

Reader's cancellation will have absolutely no impact on RSS. Reader isn't RSS. It isn't anything but a consumer, one of many, of the RSS standard. There will be alternative RSS readers.

If and when RSS dies, it'll die because we will have techniques that can extract the same information just as efficiently, not because any single RSS reader died off. And in case you think it's some random professor saying this, do keep in mind that I published the first study of RSS feeds and people's RSS usage patterns, and discovered many of the Zipf popularity distributions in RSS feed usage. Those same patterns of popularity make it highly efficient to provide Reader-like monitoring services. The costs are very small, and there are tangible benefits, so undoubtedly others will step into Google's place.

Some have claimed that Google's great sin was to offer a free, subsidized service, thereby killing the competition. There is a nugget of truth here. My research group had an RSS reader at the time, called CorONA, which was essentially a peer-to-peer AIM-bot that messaged you whenever new content appeared on any of your feeds. And we watched people go over to Reader. So there is a twinge of irony here in that Twitter is being billed as the new mode of content discovery, but you know what? Google didn't start out with an evil agenda to embrace a market and then make it collapse. They just competed with everyone else, fairly, in a world where every competitor was just one click away. They offered a genuinely good service, as everyone who is kvetching about Reader will readily admit. And 8 years later, they have decided that their effort is better invested elsewhere. This is what it means to be a free agent.

Reader as a Stand-In for Cloud-based Services

Stallman and others have used Reader's demise to make the only worthwhile point that is worth making; namely, free cloud services aren't quite free. A decision to rely on such a service should not be made lightly; whoever is in possession of your RSS feeds probably knows you more intimately than Target, which supposedly knows when a woman is pregnant before her father. It's an intimate relationship, based on trust.

We should be up in arms if that trust were to be violated, say, by selling this information to third-parties. But canceling a service with advanced notice is by no means a trust violation. I can't fault FSF for using this opportunity to remind people what it means to use a cloud-hosted service, and I agree with their point wholeheartedly, but the people outraged at Reader, the self-titled technocrati, knew exactly what they were getting.

Reader As a Symbol and Shibboleth 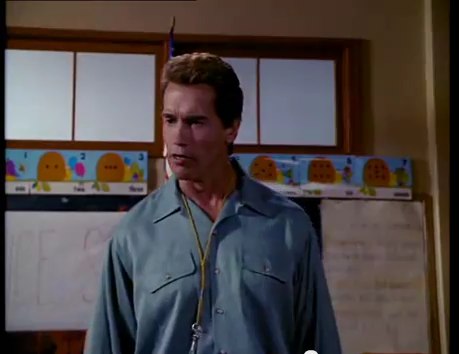 Reader has instead become a symbol for "I, too, am an information junkie, a member of the digital cognoscenti, with demanding needs." So the discussion is not about Google Reader, not at all. It's about the so-called hacker-turned-entrepreneur-turned-info-junkies. It's about labeling oneself as part of the technocrati. Here is a direct quote that reveals how these people want to be perceived:

It's Lake Wobegon and all you need to enter is a Reader account and some outrage.

So we learn that anyone who was an avid Reader fan is automatically above average. Not just that, but the ones speaking up with an extra serving of outrage must be above average among the above average crowd, something that our current science of statistics cannot even express. Many people spend their lives trying to make their mark by advancing science, technology, the arts or the human condition at large. Meanwhile, it turns out that anyone could have demonstrated the same just by signing up at a web service. Quick, let's all express our outrage lest there be some doubt about our above-averageness! Never mind the fact that the task at hand is not much different from watching TV.

This preoccupation with how one is perceived is known as a "narcissistic tendency." And it's perfectly fine insofar as it doesn't interfere with one's perception of reality and normal behavior. If someone really thinks a cancelled product for which there are many alternatives is the end of what they're calling "the net," or if a self-proclaimed hacker views Google abandoning an area as anything but a huge opportunity, they need to see a professional.

And in the same way that individuals are using their outrage about Reader to market themselves, companies are doing the same. Digg, a company whose existence I had practically forgotten about, jumped into the fray with a claim that they'd replace Reader. It's only a matter of time before Yahoo does the same. Do you want to know how hackers feel about people who announce software projects way before there is any code at all? No you don't, this is a family-friendly blog.

All of these are, I guess, annoying but benign behaviors, as long as we recognize them for what they are. But I want to raise three parting thoughts.

First, I worry that our values are so far out of touch with what is normal that we can read "give me back my Reader" posts without cringing. It's not ok to demand someone else's services. It's not ok to claim other people's time and effort. It's not ok to act or feel entitled. And it's not ok to upvote someone else's tamper tantrum. It's true that there are tacit societal agreements that go beyond the EULA. The users demand and deserve respect because they have given their time to a service provider. But in this case, the relationship is entirely one-sided. These users did no special service for Google, and Google's response, to give them enough time to switch, to get their data out, is par for the course. Entitlement without effort is like representation without taxation.

Second, I suspect that the Reader-loving non-coding-hacker crowd, which is deeply insecure about its position in society, is perhaps so sensitive because they see this as a sign that Google, and by proxy, the computer industry, values the masses with their dirty mobile devices and effervescent Twitter feeds more than the self-titled "digital cognoscenti" with their MacBooks and Reader accounts and IFTTT recipes that save noteworthy articles in Evernote. They want to flex their digital muscle. And to some extent, I sympathize with this. But let's call a spade a spade, and let's pick something more worthy over which to flex our muscle. My greatest fear is what would happen if Google were to go back on their decision. It will feed the crazed, self-important "technocrati" so much that we'll be deluged with overblown outrage at every perceived online slight. We know how 2 year olds turn out when they get their way with tamper tantrums.

Finally, wouldn't it be much better to channel all this energy towards something more productive? Like, say, writing a few thousand lines of code in Rails or Django or Node JS or Clojure or whatever other language to implement a replacement, either from scratch or by contributing to an existing OSS project. It's a big world out there, we have not entered a darker timeline in the history of the net, and it's always time to make it better, not demand that someone else do that for us.

When a news article (ab)uses the the first-person singular pronoun, it's clear that we've left the core topic behind for other, self-oriented pastures. It's not about Google Reader anymore, it's about how the Ezra Klein's of the world are so much different from, and so much better than, everyone else.